Aside from our day to day business Midway Garage, Carey and Frank also run a successful Motor Racing team.

Midway Motorsport. Carey and Frank have competed in and run various cars, in various championships at club level up to International endurance races, in many types of cars.  After a successful 2017 with Ashley Woodman in the SICL Seat Leon Supercopa, where they
had four finishes from four starts, with two podiums, one at Mugello and one at Imola, both in Italy. They are concentrating on running cars again in 2018. Mainly focusing on SICL,s new Seat, which arrives soon. And three Citroen C1 endurance cars. We have entered 2 Rockingham 24 Hour races, one in May and one in September. Carey and Frank will be driving less this year.

Concentrating on getting our customers to the Chequered flag, both Racing and on the Road.
But hopefully at some point, we intend to race ou r own Honda Civic Type R, which has not been out on track for almost two years........... 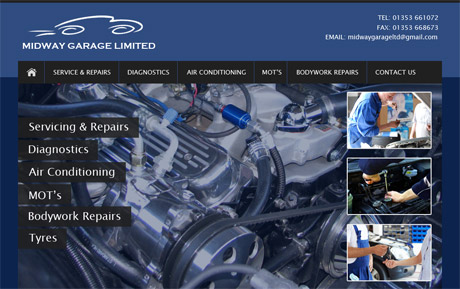